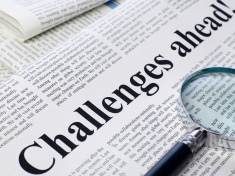 With the upsurge of social media, blogging and content marketing, has traditional media – aka publicity – outlived its usefulness? Should businesses abandon it in their droves and focus exclusively on generating their own online content?

My answer is a categorical ‘No’.

It still remains one of the most effective tools in any public relations and marketing war chest. However, at its most powerful it should include a comprehensive and far-reaching online strategy.

While it takes time to build online followers and connections, done well, coverage in traditional media can build your reputation overnight.  Securing publicity in a key mainstream or specialist masthead or scoring an interview on prime-time television or drive-time radio, carries significantly more clout than being interviewed for web TV or writing a blog. In fact many a savvy PR understands the importance of kicking off a client’s communications and marketing campaign with garnering some high profile publicity.

While attracting the attention of key social media influencers and securing invaluable online endorsement is vital to building a business’s reputation and credibility, third party endorsement from the media carries significantly more weight. Over the years I have seen many a client move from relative obscurity to high visibility thanks to a sustained media campaign positioning them as experts in their field. Because people like working with experts, this has had a positive impact on growing their client base, garnering them valuable relationships and even attracting the attention of regulators and legislators.

Media still highly recognizable to most

Regardless of whether or not they consume traditional media or not, the average person immediately recognizes a city’s newspapers, radio stations and television. The same is less unlikely for even the most popular of bloggers or social media influencers!

Most traditional media outlets also have an Internet presence – such as blogs and social networking profiles – which means that once your story has appeared in a publication it is likely to get an even greater airing online. In fact media websites usually get significantly more traffic than the most popular blog!

Additional fodder for your online presence

Appearing in traditional media also provides businesses with a vital food-source for their blog or social media posts. Basically it provides them with bragging rights on the Net!

So if you’re thinking of ditching traditional media – don’t!

However ensure that your publicity and traditional media efforts are part of a comprehensive digital and non-digital offering.  Chances are, you’ll do best by having a healthy mix of both.