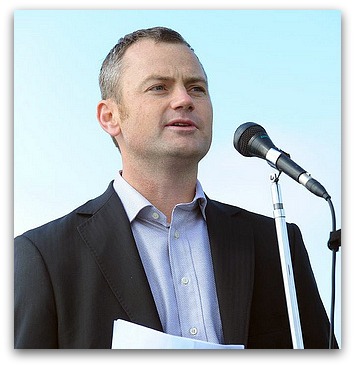 Yep, they are among our best known international thought leaders – those folk who have something interesting and worthwhile to talk and write about and have legions of people tuned in to what they have to say.

They are those unique individuals people turn to for their wisdom, knowledge, opinions and ideas. They are those special folk who consistently add to the body of knowledge in their sector, challenge current thinking and put forward their ideas for the future.

I thought I’d set myself a quest to unearth those special folk and get to the bottom of why they have earned that highest of accolades: thought leader.

Many you will have heard of … but doubtless there will be those you won’t.

I thought I’d kick off the process with Simon Holmes à Court, son of one of Australia’s great mining entrepreneurs. A self-styled anti-coal evangelist, Simon is senior advisor to the Energy Transition Hub at Melbourne University and sits on the advisory board of the Melbourne Energy Institute.

He has been a pioneering force in the Australian community power movement as the founding chair of Hepburn Wind – the country’s first community owned wind farm – and founder of Embark Australia, a non-profit consultancy helping communities share in the benefits of local renewable energy.

Simon has also joined the board of the Smart Energy Council, a lobby group for solar power and other renewable energy sources.

So why exactly is Simon fast becoming one of Australia’s most respected thought leaders? What is his secret sauce?

1.     He has a clearly articulated vision and long-term goal

From Day 1 he has made it crystal clear that his big mission is to obtain greater renewable energy subsidies and a price on carbon dioxide. His vision is also about helping us transition to a low carbon economy and so far everything he talks about on social media and in the media is about nudging us further and further in this direction … or at the very least extolling the virtues of alternative energy sources.

Simon has a relentless social media presence. He has tweeted more than 40,000 times and counting, which according to the Australian Financial Review, is starting to get him mainstream attention. He has an impressive 180,000 Twitter followers!

On top of this, he writes a monthly opinion pieces for The Guardian and is a regular on ABC television and radio.

He is also a regular contributor to RenewEconomy.com.au, one of Australia’s best informed and most read web-sites focusing on clean energy news and analysis, as well as climate policy. It is read widely among the industry and policy-makers, and others with a strong interest in the transition to a low carbon economy.

And in keeping with his long-term goals, his tweets and opinion pieces cover off everything from the mainstreaming of renewables, discrediting carbon capture, applauding the pending closure of power stations and hailing community investment in renewables.

3. He is courageous and prepared to speak out

Like most thought leaders, Simon is not afraid of being controversial. He understands that new ideas are sometimes difficult for people to accept. He knows that the more disruptive the concept, the more he is likely to encounter resistance but this doesn’t stop him. He has confidence in his vision and embraces the opportunity to discuss, argue and defend his position.

In fact he often uses his Twitter and media platforms to attack government energy policy, even attack politicians and is currently engaged in a very public spat with new energy minister, Angus Taylor, who is strongly opposed to windfarm development.

4.     Like all great thought leaders, he is a champion for change

While Simon earns his keep (or part of it) from his chosen field, his sense of purpose as a thought leader goes well beyond making money. Ultimately it is about making the world a better place!

Do you believe you have what it takes to be a thought leader? If you’re interested in learning more about Thought Leadership and what it takes to cultivate the skills necessary to fill that role, sign up for a free one-hour consultation.

Book in for a FREE one-hour consultation

For more information about our thought leadership packages.