The rise and rise of the transformational thought leader 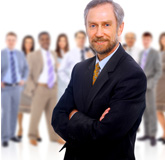 What on earth is a transformation thought leader I hear you yell out loud?

It is someone who uses their position at the helm of an organisation, community group or movement to drive change, clean up poor industry practices or encourage their greater eco-system to take a new course of action beneficial to society and the world at large.

A great recent example of this purpose-driven or transformational approach to thought leadership is Andrew Mackenzie, Director of BHP Billiton Limited and CEO of BHP Billiton Plc.

Just two weeks ago Andrew announced that the resources giant will be doing its bit to address our escalating climate change crisis. It will be spending millions on a climate investment program to reduce emissions from its own operations and will be pushing hard for its customers to follow suite.

It couldn’t have been easy for Andrew given that the steel industry is one of the greatest contributors to greenhouse gases and his announcement is a major departure from the Australian resources industry and government’s approach to climate change which is about putting off action and ignoring so-called “scope 3” carbon emissions. These are emissions from steel mills and power stations in other countries which burn Australian iron ore, coal and gas.

In his landmark speech in London which heralded BHP’s stance on climate change, Andrew emphasized that global warming required a “coordinated global response” and that no single solution could combat it.

He said it was incumbent on all emitters, resource companies, customers and consumers to play their part along with governments to meet the climate challenge.

Andrew is part of an illustrious group of thought leaders who are using their positions at the head of organisations to drive change.

These brave leaders are prepared to take a leap faith into the unknown and openly challenge the status quo and bring about substantial change … and more importantly they are beginning in their own backyards by changing their own strategic choices, practices and cultures.

So hats off to Andrew! May he go the distance and get a recalcitrant industry to do the right thing!

Like Andrew, do you want to change the hearts and minds of those in your industry or greater eco-system? Do you have something powerful and worthwhile to say, but DON’T know how to position yourself as a thought leader and communicate your thinking, expertise, opinions and big ideas to the world?

If you’re interested and would like to learn more about what it takes to cultivate the skills necessary to be a thought leader, sign up for a FREE 30-minute consultation.

Top tips for getting clarity on your expert niche

What the media wants